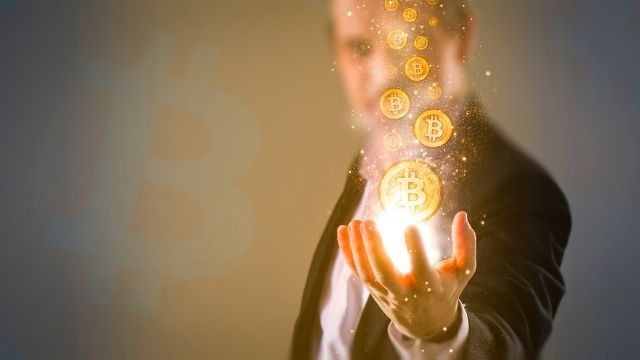 Like anyone who's about to start with cryptocurrencies, buying and managing are tough. Of course, it will be more challenging to act on it once you bought your own. It's for this reason that we would give our take on Trezor and Ledger.

Keeping your investments safe is one of the best things you can do and probably one of the essential steps. If it's also your concern, then you already encountered these two: Trezor and Ledger. Below, you'll see our head-on comparison between these two wallets. It will cover everything you need to know, including the answer to which one is better than the other.

Before we go straight to both wallets' features and other stuff, we must learn their background. It will give us something to hold on to as we try to trust one or the other.

It has the intention of fighting hackers, third-party fraud, and viruses. The idea was also simple. The hardware would keep everything valuable offline and under your complete control.

With that being said, Trezor has an excellent reputation since it launched. It also continues to improve over time. Further, it's also got support from other cryptos.

The Ledger wallet came from a French company, which is also called Ledger. It started in 2014, run by eight experts in embedded security, cryptocurrency, and entrepreneurship.

For this reason, it also garners its reputation for being one of the most valued wallets. The goal was simple: to create secure solutions for blockchain apps.

In this manner, we can see both wallets have an excellent reputation, and the teams from both sides are doing a pretty good job. In short, when it comes to history, you got nothing to throw at both.

The real deal between these two wallets' comparison lies in the features. In this matter, we'll cover five essential features to weigh down better than the other.

Let's get into each one!

Every investor has its investment in a particular currency. Thus, it's essential to see which of these two wallets supports your own.

On the other hand, the Ledger Nano S currently supports the following cryptocurrencies:

The costs the wallets charge

Aside from the currency support, you will also need to look out for the costs that charge.

Accordingly, Trezor wallets cost around $80. On the other hand, the Ledger Nano S wallet costs the same, also around $80.

Due to the similarity, it's essential to consider the other factors that will affect the cost. Among these are coin support, like what we discussed earlier, and security and user-friendliness.

The set-up process and the usability

Both wallets work with Windows, Linux, and Mac OS. Also, both need to connect to a computer through a micro USB cable.

Further, the set-up process for both wallets is easy and looks similar. Such processes involve two main steps. First, you need to set a pin code. Then, you'll need to write down a backup of your recovery seed.

One of the things that set both wallets apart is that Trezor supports more software. Aside from windows, macOS, and Android, it also supports iOS App and Web Browser. Further, the use of Ledger in Android isn't as simple as Trezor's.

Another thing worth noting is that you can trade with Trezor, something you can't do with Ledger.

The compatibility with other apps

Both wallets work with many independent wallet apps. Thus, it's also essential to see which one fits you, should you ever use other wallets.

In general, there is not much difference when it comes to app compatibility. Both the wallets are compatible with almost all the popular apps you might be using.

Now, the last thing to compare would the most important - Security and Safety.

When it comes to security, both wallets are as strong as each other. The most important feature of both is that they generate your private key offline.

Moreover, both wallets provide a recovery seed and ask you to set up a pin to access such.

Thus, if ever your wallet gets lost, stolen, or damaged, the private key would then get lost as well. Such a recovery seed and pin would then be helpful.

In general, the recover seed would get you your coins back. On the other hand, the PIN would prevent anyone from accessing your wallet.

Aside from the software, both wallets also offer physical security.

For instance, the Ledger boasts of its very secure chips. Such chips are similar to the ones you see on the latest sim or credit cards. As a result, your private key is cryptographically secure.

On the other hand, Trezor boasts its wallet with no battery, Wi-fi, Bluetooth, Fingerprint reader, or NFC.

In general, both Ledger and Trezor offer an array of excellent benefits for their users. With regards to difference, there's not that much that sets both wallets apart.

In a nutshell, Ledger and Trezor provide almost similar features, compatibility, usability, and security, all at similar prices.

For this reason, it will boil down to your preference. As always, we can all agree that whatever you choose, both options would be much better than web or software wallets.


Published: 04/20/2021
Smart Contracts (All You Need to Know) Tokens vs. Coins - What Is the Difference?
Trezor vs Ledger - Which Is Better?