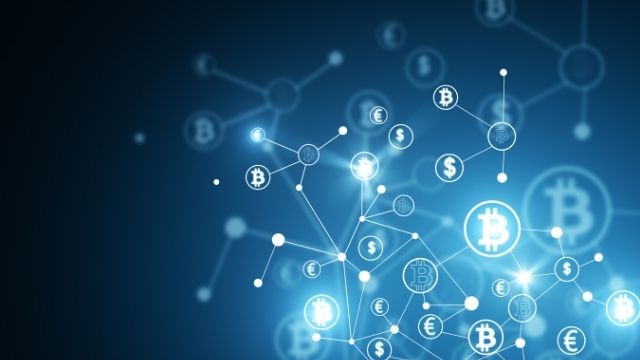 Every beginner in cryptocurrencies encountered a term or word they don't understand. One of these terms is Smart Contracts. Although it's not crypto jargon, it doesn't necessarily mean you understand it, right? Thus, you may wonder what it is.

In general, a smart contract is an agreement between two people, and it's through computer code. Such a contract runs on the blockchain, so it gets stored on a public database. As a result, it's unchangeable. Further, since the blockchain processes smart contract transactions, there's no need for third-party involvement.

In a gist, it explains what a smart contract is. However, it's not enough to grasp the idea. In this article, we'll cover all the essentials so you can have a better grasp of them by the end of your reading.

What is a smart contract in blockchain?

As I said earlier, a smart contract is a program stored on a blockchain. Such a program runs when a set of predetermined conditions happen.

People use such a contract to automate the execution of a separate agreement. This way, all participants can be sure of the outcome.

As a result, it comes without any intermediary's involvement or time loss.

To explain further, let's have an example of a smart contract.

What is an example of a smart contract?

For example, if you want to release funds for someone's birthday every year, you can use a smart contract. In short, smart contracts can include a release of funds every year on an exact date.

You can also use a smart contract to release payment once you confirm you received a particular item. In short, any type of confirmation will allow the release of your payment.
Another example would be using smart contracts to enforce certain rights for holders of digital assets.

So, how do smart contracts work, you may wonder.

How does a smart contract work?

A smart contract works the same way as any typical contracts do. Once they have been put in place, no one can change them. Thus, it offers security to both parties.

However, with a smart contract, there's no need to spend fees like you would in any typical contract. Among these would be bank and lawyer fees.

In short, you wouldn't suffer from unpleasant experiences like delays in processing and high fees.

All these things are being possible thanks to blockchain technology. Due to such, people are now able to decentralize smart contracts, making them fair. It means that they are not controlled by one major party.

Since a blockchain is a shared database, no single person can control it. In short, it's pretty impossible to hack, making the contract a lot more secure.

Yes, a smart contract is legal, and it may constitute part of a legal contract. It will be so when there is an offer expressed in a natural language.

Such a language refers to a smart contract automating both contract formation and performance.

As soon as the offeree does a particular necessary action, the contract would run or work.

Can smart contracts be trusted?

Smart contracts are trustworthy since they run through blockchain technology. Blockchains address trust through cryptography and consensus. As a result, they can be pretty secure for people to trust.

Take Bitcoin as a great example. This coin is the first digital currency without any trusted agents.

Moreover, Ethereum extends such a technology. Through this currency, it enables agents on a blockchain through smart contracts.

Still, one thing to note is that a systematic trust model for smart contracts doesn't exist.

How do I make a smart contract?

If you plan on making a smart contract, you can build one on various blockchain platforms. Such platforms include Ethereum and NEO.

Ethereum is the most popular choice for developers. Thus, it's what many experts recommended to new users.

If you made smart contracts using Ethereum, you would use its original coding language, which we call Solidity.

Now, you may wonder how much it would cost to create a smart contract.

How much does it cost to create a smart contract?

In general, a simple, smart contract with no complex business logic costs around $7000. The price can be higher if it is pretty complex.

For instance, advanced contracts cost up to $45,000, or even more. Many large organizations with specialized knowledge can ask up to $100,000.

Further, you would need to remember the costs you need to prepare for deploying your contract on the main net.

Smart contracts prove to be great potential, replacing intermediaries and saving time and a lot of fees. Further, it has significant room for improvement in future transactions.

In general, smart contracts offer quite a lot of benefits. Its features and the level of security it offers can make the world free of commission in the future.

Moreover, it's the answer to preventing fraud, delays, and overall costs of many things and goods.