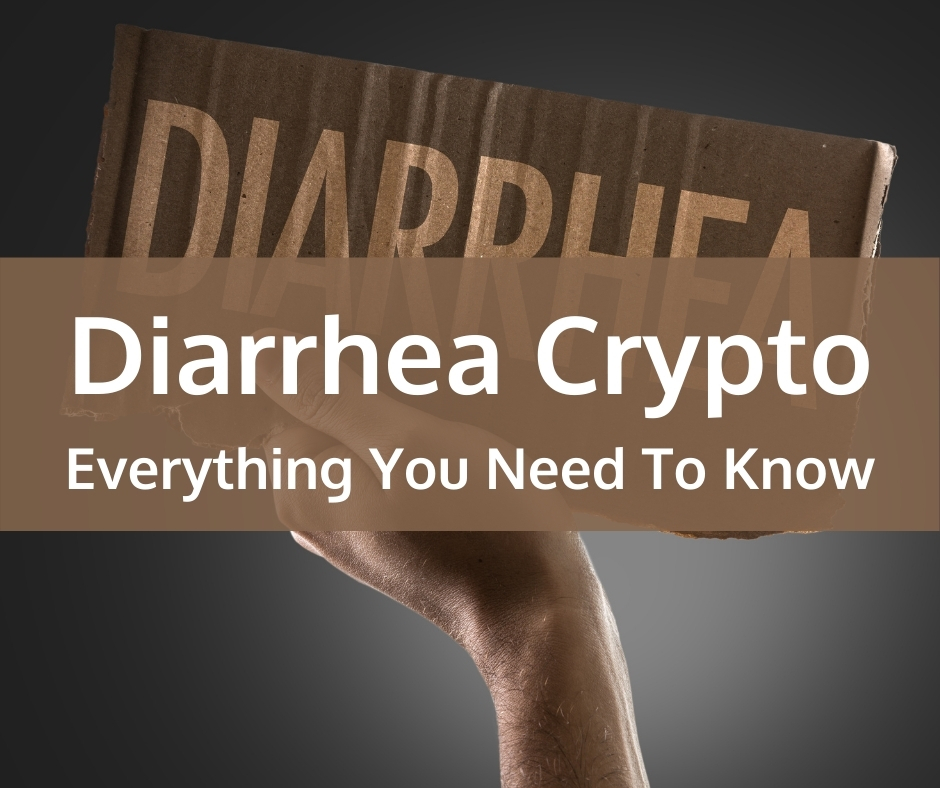 The crypto market has a correction in the past weeks, and many investors seem to be enjoying the sale. If you were able to take out your profit when ETH hit $4,000, congrats! For those who are HODLING, keep the faith. Many crypto owners are still hoping their coins will bounce back soon. And, because of the sale, investors can diversify their money and buy more from the newly launched decentralized exchanges.

Speaking of new DEXs, are you aware that there is a cryptocurrency called DIARRHEA? You read it right—a POOP coin. At first, we also have the same question—who would name his coin after a poop? That's just gross. But upon careful research, we found that it's no different from Pancake, Sushi, Doge, and any other popular coins on the internet today. In fact, the founder has a unique purpose for creating such crypto.

TIP: How is the crypto price determined?

Let's get to know more of this diarrhea coin crypto.

What is diarrhea coin crypto?

The following are the overview of its Ethereum browser:

It all started when a woman was on her way to her car one night near the Hollywood Walk of Fame. As she walked towards her vehicle, a homeless man attacked her and poured a bucket of his diarrhea all over her head.

During the interview, the woman said, "It was diarrhea. Hot liquid. I was soaked, and it was coming off my eyelashes and into my eyes…Paramedics who came to treat me said there was so much of it on me, that it looked like the man was saving it up for a month."

Despite being the home of billionaires, San Francisco becomes the haven for the homeless. These people live on the streets with their food, clothing, urine, vomit, and feces. In 2019, the percentage of homeless and those who live in their cars shoot up by 30% compared to 2017 when there were only 9,784. The increasing homeless population is parallel to the growing human feces.

The problem with human feces became the inspiration of Hart Lambur, Daniel Que, and Tyson Battistella. These founders believed that the issue is getting out of hand, and with this coin poop project, both the residents and city officials will benefit.

So, the more human feces are reported, the more valuable the poop coin gets.

How does DIARRHEA work?

The concept of this coin project is simple. What if people invest their money to speculate whether shits go up or down? With the right speculation, investors will earn.

What's more notable about the system is that it aligns with the local government's mission to solve human feces problems. Supposed there is an entity that dedicates to clean up shits and can issue poop coins. If that entity or the poop coin issuer can solve the human feces problem, it can retain all the money from selling the coins. If it fails and the problem gets bigger, then it would pay more.

Let's try to make the example more specific by using San Francisco. Let's say the city is the issuer of poop coins, and they sell them to its residents. In one month, the city can issue $10 Million poop coins with 3000 shits. If shits are minimized to 1,500, the city could make at least $5 Million in profits. If shits double to 6,000, then the city would pay $10 Million to coin holders.

Advantages and disadvantages of DIARHHEA

The good thing about this poop coin is that it has a clear vision—to help cities manage human feces while earning. It surely aligns with local government incentives.

However, the major problem will be if someone buys a lot of these shit coins and then deliberately shit all over San Francisco to boost rates. This poop coin can give a big bag holder a financial incentive to encourage public shitting and make the issue bigger.

Where can you buy this "shit" coin?

PancakeSwap offers diarrhea coin crypto. If you are interested in buying this shit coin, you can go to this DEX's official website and connect your wallet.

Diarrhea coin crypto is one of the many "shit coins" people believe in. If you are planning to invest in it, do your research. Protect your money at all costs by doing your due diligence. You can use BscScan or Etherscan to check if the holder accounts have enough coins to justify their claims about certain crypto. And, as much as possible, take out your initial investment and risk only what you can afford to lose.

I don't know why I'm here but I definitely learned something.

This is the best article ever.