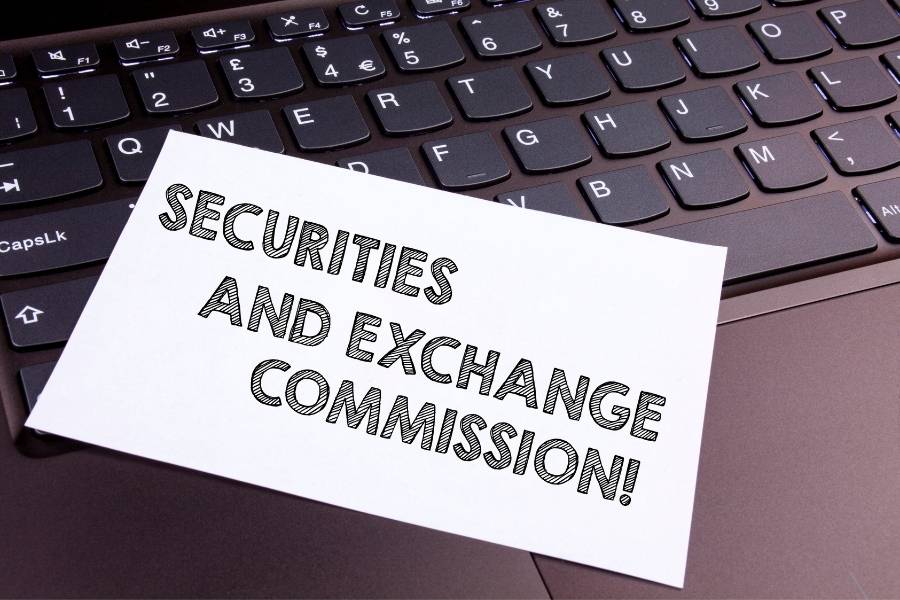 One of the hot topics today concerns Ripple, the company behind the cryptocurrency XRP. If you're into cryptocurrencies, you may have heard about the series of events about it.

It happened last December, as the Securities and Exchange Commission (SEC) announced that it filed an action against Ripple Labs Inc. It includes two of its executives, who are also significant security holders. The SEC alleged that they raised over $1.3 billion through an unregistered, ongoing digital asset securities offering.

As the filed action started, the XRP significantly lost its value as its investors started selling their shares. Now, what does it have to do with you? Further, how should you deal with it?

Let's find out a bit more about it!

The SEC is the Securities and Exchange Commission. It's a U.S. government oversight agency.

This agency has the task of regulating the securities markets and protecting investors.

The SEC began by the passage of the U.S. Securities Act of 1933 and the Securities and Exchange Act of 1934. It is mostly a response to the stock market crash of 1929 that led to the Great Depression.

In itself, the SEC can bring civil actions against lawbreakers. Further, it also works with the Justice Department on criminal cases.

Now, why did the SEC sue Ripple? Let's find out more about it.

Why is Ripple being sued by the SEC?

In essence, the SEC alleged that Ripple raised over $1.3 billion through an unregistered, ongoing digital asset securities offering.

The complaint addresses Ripple along with two other executives. They are Christian Larsen and Bradley Garlinghouse.

The SEC states that they raised capital to finance the company's business. Further, the complaint asserts that Ripple raised funds beginning in 2013.

The SEC believes that they did it through the sale of digital assets known as XRP. Further, it was done in unregistered security offerings to investors in the U.S. and worldwide.

Moreover, the allegations also state that Ripple distributed billions of XRP in exchange for non-cash consideration. Among these are labor and market-making services.

Besides structuring and promoting the XRP sales, Larsen and Garlinghouse also affected unregistered personal sales of XRP. It totals around $600 million.

In essence, the SEC alleges that the defendants failed to register their offers and sales of XRP. Further, they failed to satisfy an exemption from registration. Thus, it comes in violation of the registration provisions of the federal securities laws.

The case rests on the proposition that XRP is a security. If the XRP isn't, then the SEC would lack jurisdiction over it.

The SEC argues that XRP is a security. They say it because investors who purchased XRP anticipated that profits would be dependent upon Ripple's efforts. They hope to manage and develop the market for XRP.

Now, you may be wondering what will happen to XRP after the lawsuit.

What will happen to XRP after the SEC lawsuit?

After the SEC's lawsuit, XRP now erased all the losses it got in December 2020.

Moreover, the former chair at the SEC stated that the SEC was wrong against Ripple, both legally and factually.

Ripple believes the case is unprecedented and ill-conceived. Further, the SEC ignored the XRP's apparent status as a virtual currency.

In short, it contradicts not only the findings of other U.S. regulatory agencies. Moreover, it also denies international regulatory regimes.

Over the years, the XRP had grown to a massive scale- trading on over 200 exchanges worldwide. It did so independently from Ripple.

Ripple's XRP can and may survive, but Ripple on its own may find it difficult. Still, XRP remains to be a risky bet for investors. As of the moment, XRP is the fifth-largest cryptocurrency by value. It comes after the big ones like Bitcoin, Ethereum, Tether, and Polkadot.

After the first ten months of 2020, XRP's value increased in November due to its $45.6 million buybacks.

Of course, a large-scale suspension or delisting of XRP tokens would mean its death. For Ripple to survive, the SEC lawsuit should be over soon with a positive outcome for Ripple. Or, the SEC should drop the lawsuit all the more.

However, most experts think that it's doubtful that Ripple will win the case due to the clout.

Stephen Palley, a digital currency lawyer, states that ripple needs to cut a deal with SEC. Further, he states that the company should not persist in the risible delusion of ultimate success in the Supreme Court. It's the only way for XRP to survive.

The lawsuit of the SEC against Ripple had significant effects on the value of XRP, the company's cryptocurrency. Thus, it's also something to consider for every investor.

The drop in XRP's price has made it enticing for some investors. However, it remains to be a very risky bet right now. If the SEC lawsuit gets dropped, that would be an excellent start for those who would invest.

Since the lawsuit’s outcome is uncertain and could go either way, it's not a smart move if you can't handle losses. However, if you are risk-tolerant and have funds that you can afford to lose, set aside some of the funds and invest in XRP.

Still, it would be best to be more cautious, and investors should steer clear of it.


Published: 03/01/2021
Essential Things to Know About Bitcoin Exchanges First Bitcoin ETF (All You Need to Know)
Ripple and SEC Lawsuit (Will Ripple Survive?)