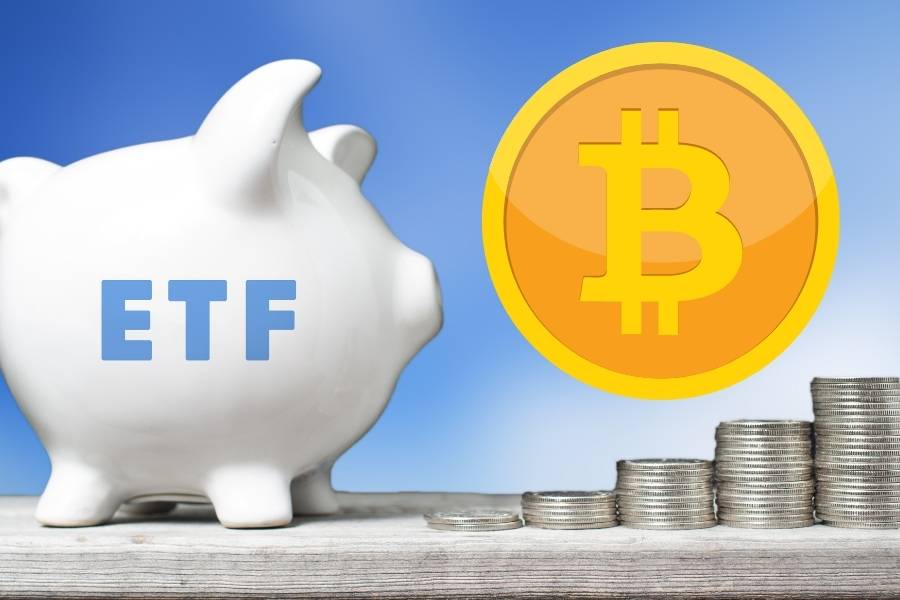 If you're into investments, you may already know how Bitcoin went under drastic changes, especially in terms of its value and price. Despite the volatility, the said cryptocurrency remains the most popular and the most expensive of all. For this reason, many people who wish to invest hold back due to price. However, it may end now as the first bitcoin ETF became available.

Although Bitcoin has a relatively high price, it won't be a problem with ETFs. As of the moment, the first Bitcoin ETF got released on the 18th of February, and it's through Purpose Investments.

Purpose Investment’s bitcoin ETF officially started trading on the Toronto Stock Exchange (TSX) under the ticker “BTCC.” The fund has seen tremendous interest. It trades well over $100 million shares on its first day. By February 19, it had collected $421.8 million AUM.

Is there a Bitcoin ETF?

Yes, there is a Bitcoin ETF. This Bitcoin ETF is one of the most awaited ETFs due to the famous cryptocurrency's value.

On the 18th of February this year, The first Bitcoin ETF became available for trading in the Toronto Stock Exchange. Purpose Investments manage it, and it has seen quite an enormous amount of shares in just a few days.

The first Bitcoin ETF is called the Purpose Bitcoin ETF, and it gets managed by Purpose Investments Inc. It amazingly surpasses the $500 million mark as inflows from institutional investors appeared unaffected by the market's dip.

The Purpose Bitcoin ETF reached $564 million in AUM only five days after launching. Its holdings were at 8,288 BTC, and it keeps on growing.

How does a Bitcoin ETF work?

A Bitcoin ETF works just like other kinds of ETF. The price of a share would roughly track Bitcoin's price.

Moreover, it will provide you with exposure to Bitcoin without buying, understanding, or storing one.

You can buy, hold, and sell Bitcoin ETFs like a regular brokerage account. Unlike direct Bitcoin Investment, you don't need to go through hassles.

In short, Bitcoin ETFs will save you from many hassles. Among these are setting up a cryptocurrency wallet or trading on unregulated cryptocurrency exchanges.

The first Bitcoin ETF is the Purpose Bitcoin ETF, and Purpose Investments Inc manages it.

This ETF became available for trading in the Toronto Stock Exchange last February 18 under the ticker "BTCC."

The first bitcoin ETF started trading under the ticker "BTCC.” The name of this ETF is Purpose Bitcoin (BTC, +0.3%).

A ticker is none other than a symbol. It is an arrangement of characters that represents publicly-traded securities on an exchange.

As a company issues securities to the public marketplace, it selects an available symbol for its shares. Such a symbol is often related to the company name.

Both the investors and traders use the ticker to place trade orders. Sometimes, it adds additional letters to denote characteristics such as class or trade restrictions.

In the first Bitcoin, the Purpose Bitcoin ETF, it traded under the ticker "BTCC."

The Evolve Bitcoin ETF (BTC, +1.42%) is an exchange-traded fund that also tracks Bitcoin. It's also tradeable on the Toronto Stock Exchange, and it comes under the ticker “EBIT.”

The Evolve Bitcoin ETF is the second to get approval from the Ontario Securities Commission (OSC). It came after Purpose Investment’s bitcoin ETF went live on the TSX on Thursday.

One thing to note is that both Evolve and Purpose Investment’s bitcoin ETFs have a 1% management fee.

Many people have high expectations with the Evolve Bitcoin ETF, based on the performance of its predecessor.

The Purpose Investment’s bitcoin ETF trading under the ticker “BTCC” has already seen huge interest. It traded $200 million shares on its first day.

According to Evolve, the ETF will provide investors with exposure to the U.S. dollar price of bitcoin’s daily price movements. In essence, it will make the most of the ETF structure. Further, investors will own bitcoin on the bitcoin blockchain in a cold wallet.

The Bitcoin ETF is quite promising for many reasons. However, a Bitcoin ETF is ideal because it provides an easy and affordable alternative for those who want to invest in Bitcoin.

Since Bitcoin is quite expensive, many investors hold back from it. However, with a Bitcoin ETF, you can invest in the most popular cryptocurrency without hurting your wallet.

In essence, Bitcoin ETFs offer an excellent option for all investors who wish to invest in Bitcoin but cannot do so directly.