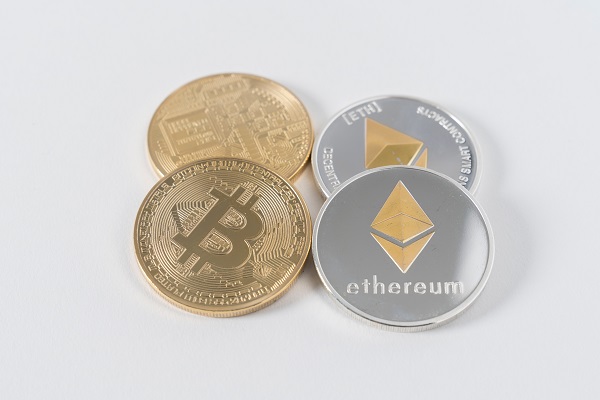 Now that Ethereum 2.0 is fast approaching, the one question we all need an answer to is this: "To stake or not to stake?"

If you're into cryptocurrencies for a while now, you may have an idea of what will happen. Still, if you're new to this world, you would want to know more about Ethereum 2.0 through this article.

Now, suppose you already got the gist of the new Ethereum. Let's get into how you should respond to it.

First, let's answer some questions you'd likely ask about Ethereum 2.0 and staking on it!

What is Ethereum 2.0 staking?

Staking means placing a certain amount of Ether (ETH) so that you can join the network and get rewarded in return.

The process starts placing an amount of cryptocurrency in a wallet. By doing so, you will be eligible to take part in the operation of a blockchain. Through participation, you can get rewards and earn passive income.

Generally, Ethereum 2.0 won't be relying on miners and electricity. Instead, it will depend on validators and deposits of Ether.

Proof of stake (PoS) is a consensus mechanism used by some blockchains. It provides those who stake with the right to earn rewards for validating blocks.

When you stake, you become eligible for validating blockchains. Thus, you'll earn rewards for it as you take part. It's a contrast to the proof of work. This mechanism makes eligible those who prove the enormous amount of computing power.

In simple terms, with a PoS, you won't need to invest in high-end tools and devices to earn rewards.

Once a validator agrees to stake its tokens, it gets locked up. The stake will get forfeited either fully or partially. It can happen if the validator won't act in the network's interest, be it intentional or not.

In theory, anyone is eligible to stake tokens. In reality, a protocol will determine who can confirm blocks and earn staking rewards.

Such selection will depend on the proportionate value of the stake. For example, if you stake 1% of the total cost, you'll get to validate 1% of all blocks. Another possible basis will be the length of time the stake is locked up.

How do you get rewarded for staking on Ethereum 2.0?

As a validator, you will receive rewards for proposing and attesting the next block in the chain.

In simple terms, you can only become eligible for validation when you stake. That validation, if successful, will then make you earn rewards, which is ETH per se.

Now, you may ask why the upgrade would use a PoS mechanism?

Why is Ethereum 2.0 implementing PoS?

The primary reason why Ethereum 2.0 uses PoS is to decentralize and to speed up the network's processes.

The current Ethereum operates a proof-of-work consensus. However, such a method, although secure and safe, is not exactly quick and efficient.

With the PoS, all transactions, processes, and work become more secure, efficient, and faster.

How does staking work on Ethereum 2.0?

As I said earlier, you won't need to invest in tools and hardware like you'll do when you mine. You can do some validating with a consumer-grade computer or laptop.

The only thing is that validators need to be online consistently. Failing to do so means getting subjected to minor penalties.

When staking ETH, the expected return rate is around 4-10% annually. If you act against the network's interest, there will be "slashing." Such will happen by taking a part of your stake.

What are the risks and benefits of staking ETH and becoming a validator on Ethereum 2.0?

Now, if there's one question that anyone will ask, it will be about whether to stake or not to stake.

As you learn a few things about Ethereum 2.0, you'll eventually come to the point of asking whether staking ETH and becoming a validator is worth it or not.

To help you decide, here are the risks and benefits you should know before staking.

First, the most apparent benefit of staking is that you get to generate income from holding crypto. Further, it provides an opportunity to join in the blockchain projects you like.

The risk in staking is that your cryptocurrency assets get locked for a certain period. Thus, if you stake, you can't pull your investment out of the program to sell it and avoid losses if there's a market crash.

Another risk is about losing funds through the "slashing" of your stake in the network.

Of course, as long as you are always cautious, this risk isn't likely to happen.

As I said earlier, one way of getting your stake slashed is by going against the network's interest.

As a validator, the network will require you to be online consistently. Further, it will also need you to perform your duties correctly.

Another way your fund can get slashed is when you publish contradictory information on the chain you're validating. By doing so, a validator gets slashed and even ejected from the system.

Slashing either takes between 1 ETH up to the entire stake amount. The number of credits taken depends on the factors.

Staking on Ethereum 2.0 is quite promising. With all its improvements from the former, we can all agree on the fact that it's worth considering.

At the same time, staking is also something you shouldn't do without intense research and understanding. As I said earlier, staking involves risks of losing the funds you stake.

In the end, what we see when we look at the new Ethereum is a promise of passive income and not a cause of significant loss.