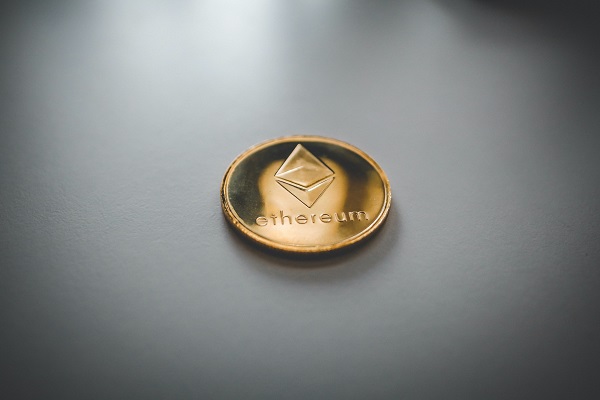 Ethereum 2.0 is finally at our doorsteps. Thus, you may probably want to learn the essential things it concerns before allowing it to enter.

Whether you are a newbie in the cryptocurrency world, or you're already well-oriented with it, you may be wondering what all the fuss is about within this newly-launched and starting Ethereum 2.0.

For starters, let's begin with the basic:

Ethereum 2.0 is the next upgrade to the Ethereum blockchain. It is also known as Eth2 or "Serenity.”

In simple terms, Ethereum 2.0 is an upgrade from its predecessor, which is the original Ethereum. Such an upgrade aims to enhance the speed, efficiency, and scalability of the said network.

Through such an upgrade, it can process more transactions and ease bottlenecks.

If you already know Ethereum and have experience with it, it's the original or the 1.0.

The Ethereum 2.0 consists of three phases, namely phases 0, 1, and 2. These phases will improve the functionality and performance of Ethereum in many ways.

What is the difference between the current Ethereum 1.0 and the coming Ethereum 2.0?

Ethereum 2.0 consists mainly of two significant improvements. These two are the Proof of Stake and the Shard Chains.

Proof of stake vs. Proof of work

Simply put, the current Ethereum, which is the 1.0, runs on a mechanism we know as Proof of Work (PoW). It will change into Proof of Stake (PoS) in the 2.0 upgrade.

PoW needs physical computing power and electricity to build blocks on the blockchain. Through this need, the miners and the work they do takes place.

On the other hand, PoS for 2.0 does not rely on physical miners and electricity. Since it's a Proof of Stake, it will work through validators and deposits of ether (ETH).

The new Ethereum won't be needing miners. These will then become validators. It then becomes more efficient and faster to earn rewards.

The next upgrade that comes with Ethereum 2.0 is the Shard Chains. These chains are a scalability mechanism that improves the Ethereum blockchain's throughput.

The current Ethereum has a single chain made up of consecutive blocks. Thus, it is incredibly secure, and it makes information easy to verify. However, it is, nonetheless, prolonged and inefficient.

With shard chains in the 2.0, the blockchains get split up. Thus, it will distribute the work in parallel chains instead of consecutive ones. In simple terms, with shard chains, the process becomes much faster and efficient.

We expect shard chains to roll out as Ethereum 2.0 undergoes Phase 1, but what exactly are the phases?

How is the Ethereum 2.0 upgrade going to take place?

Ethereum 2.0 won't happen as a single switch that you would turn on and appears.

Accordingly, Ethereum 2.0 will occur in three phases, as I said earlier, with each step getting released in the following years.

Phase 0 is supposed to begin this December, which is why the hype of many people. Let's take a look at what happens during each step.

The first phase of Ethereum 2.0 begins with the implementation of the Beacon Chain.

This chain will store and manage the registry of the validators. At the same time, it will also start the Proof of Stake mechanism for the newly upgraded Ethereum.

If you are using the current Ethereum, there's no need to worry, as it will continue to run alongside the new one. It will also ensure that there is no break in data continuity.

Phase 1 will likely start in the following year, which is 2021. In this phase, the new shard chains will get integrated, along with Phase 0’s improvements.

Instead of a single one, the Ethereum blockchain gets split into 64 different chains. These multiple chains make possible parallel transactions, storing, and information processing.

From the surface, all processes and transactions will look 64 times faster due to the many chains. Still, it is said to run a hundred times faster because of its new design.

The third phase of Ethereum 2.0 will likely begin the following year after Phase 1. The thing is that it still has no exact definition as to how it will roll.

Still, this phase will involve adding ether accounts and enabling transfers and withdrawals. At the same time, it will begin implementing cross-shard transfers and contract calls.

Moreover, it will likely transfer the current Ethereum chain into the new one. It will somehow signal the turning off of PoW.

What will change upon Ethereum 2.0’s completion?

You don't have to worry as it won't remove any data history, records, or asset ownership of the current chain.

The beacon chain will still function with the current chain. Thus, it will ensure continuity despite improvements or upgrades.

What will happen to the current Ethereum chain?

The current plan is for the original Ethereum to become the first shard as the second phase rolls out.

Until it happens, the current Ethereum will continue on functions as it is right now. It will also undergo improvements as it transforms to the 2.0s shard.

When is the launching of Ethereum 2.0?

As I said earlier, the Ethereum 2.0 will come out not in a single click but through a series of phases.

Phase 1 is to roll out the following year, which is 2021. Lastly, Phase 2 should be out approximately a year later after the second phase.

The Ethereum 2.0, in all its glory and promises, has a lot of improvements to offer. Thus, it can be quite tempting to respond along with this launch.

Now that you have a gist of the improvement, you can now dive into action. The question now is: Will you stake or not?

If you wish to know more about staking, you can check out this article.


Published: 11/10/2020
Ethereum 2.0 Staking (+Things You Should Consider Before You Stake) Cryptocurrency in 2020: Understand Cryptocurrency Mining Easily With This Guide
Ethereum 2.0: What Is It and What You Need to Know About It