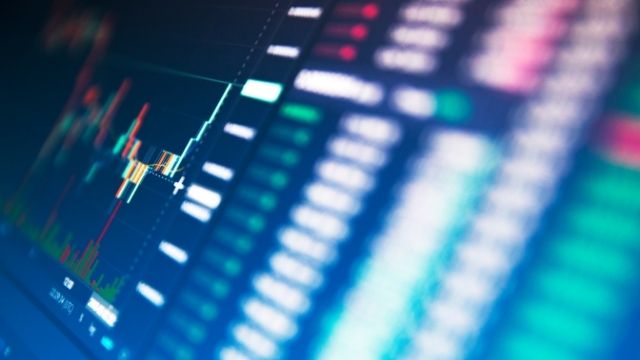 As a beginner in cryptocurrencies, you probably encountered the word Uniswap. However, it's not the same as understanding what it is. For this reason, the very first question that would come into your mind would be:

What is Uniswap, and how does it work? Uniswap is a decentralized protocol for automated liquidity provision. Simply put, it's a set of computer programs running on the Ethereum blockchain. Its primary function is to allow decentralized token swaps. With such, traders can exchange Ethereum tokens without trusting anyone with their funds.

In this article, we'll cover the basics of Uniswap as well as the process of how it works. This way, you'll get a better picture of these programs and use them for your future investments.

As I said earlier, Uniswap is a decentralized protocol based on Ethereum. In a gist, it is what we call automated liquidity protocol.

With such a powerful program, you won't need an order book nor any centralized party to trade.

This set of programs enables users to trade without intermediaries. Further, they do so with a high degree of decentralization and resistance to censorship.

Since Uniswap is open-source software, you can check it out on Uniswap Github.

Now that we have an idea about it, let's discover how it works.

How does Uniswap work?

Uniswap runs on two intelligent contracts. These are an Exchange contract and a Factory contract.

In essence, the two are automatic computer programs designed to perform specific functions. They do so when certain conditions happen.

The Factory smart contract works to add new tokens to the platform. On the other hand, the exchange contract facilitates all token swaps or trades.

With such a platform, any ERC20-based token is swappable with another.

To give you a better picture, here's what happens when someone wants to make a trade.

As you do so, you increase the USDT part of the pool. At the same time, you decrease the ETH part of it.

It means the ETH price will go up since there is less ETH in the pool after the transaction.

Such a mechanism determines the price. In general, the price paid for this ETH depends on how much a given trade shifts the ratio.

What is Uniswap used for?

In general, Uniswap is a decentralized finance protocol used to exchange cryptos and tokens.

It's on decentralized blockchain networks. Further, it runs open-source software, unlike any centralized intermediary.

The protocol of Uniswap facilitates automated transactions. Such transactions are between cryptocurrency tokens on the Ethereum blockchain. The programs do such facilitation by using smart contracts.

Is Uniswap a good investment?

Uniswap, one of the most extensive decentralized applications, can be a good investment for many reasons.

If there's one thing to note about it, it's the small investment of time and money. With such a thing, Uniswap became the most popular and reliable decentralized exchange.

In short, it's a good investment if you do so through Uniswap. Further, you can depend on its outstanding performance among the decentralized blockchains.

Now, another thing that concerns all investors would be its security and safety. Thus, you may also wonder if Uniswap is a safe platform.

Since Uniswap is a decentralized exchange, it enables trades between self-custody wallets.

Due to decentralization, the exchange lacks an order book. Further, it doesn't hold any assets.

However, it's remarkably secure compared to traditional exchanges. Thus, you can rely on this software when it comes to security and safety.

The next thing would be the future with Uniswap. As an intelligent investor, you would always need to check and have foresight with this platform’s future.

Does Uniswap have a future?

Uniswap holds great potential in the future due to its reliability and usability. For this reason, it's worth noting that Uniswap can be an ideal long-term investment option.

Further, the exchange lacks an order book, and it doesn't hold any assets. For this reason, it comes remarkably secure, unlike traditional exchanges.

In a nutshell, if you would choose between traditional exchanges and Uniswap, you're not likely to go wrong with this one.

What is the Uniswap price prediction?

When it comes to price prediction, Uniswap might start the year 2022 with the price of $78. This price may increase drastically if the market becomes encouraged.

Further, Uniswap may receive the marketer's attention since it provides a quick way to exchange coins. By the end of 2022, Uniswap may have a trading price of $180.

In a nutshell, we can all say that Uniswap is a conventional exchange protocol built on Ethereum.

With such a program, it enables anyone with an Ethereum wallet to exchange tokens on their own. They can do so without any significant party getting involved.

It may have limitations. However, Uniswap offers promising implications for the future of token swapping.

As an investor, Uniswap is a program worth considering as you go along with your investment activities.


Published: 04/20/2021
Binance vs. Coinbase (Complete Comparison) How to Buy Bitcoins With PayPal Instantly? (Step-by-Step)
What Is Uniswap and How Does It Work? (All You Need to Know)