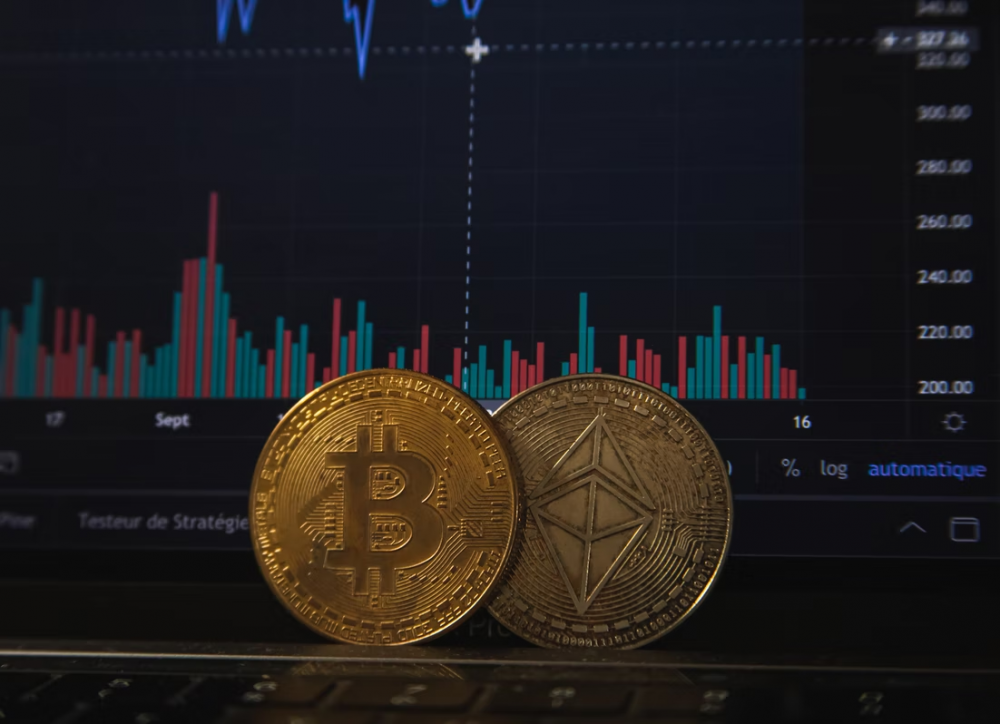 This article will clearly define blockchain and bitcoin and list what differentiates one from the other. Here's a breakdown of this article:

Bitcoin is the world's first and most widely used decentralized cryptocurrency (virtual or digital currency). It was created in 2009 by a developer named Satoshi Nakamoto and is the first digital currency to implement peer-to-peer transactions.

Just like your usual money-for-goods exchange, Bitcoin is a digital currency you can exchange for goods and services in the same peer-to-peer fashion. The only difference is that your cash is physical and is distributed by a country's central bank, and bitcoin is unregulated by any country.

How do you get Bitcoin and store it?

Bitcoin is stored in virtual wallets and not physically in a bank or safe. Instead, the system uses a mathematical algorithm to create a series of numbers stored in public and private keys. The public key is closer to a physical bank account number; a private key is equivalent to your ATM pin.

Aside from using it as a means of payment, people also use bitcoin to make investments and earn side income through bitcoin price prediction and crypto trading. Just like the stock exchange for stocks, there are also cryptocurrency platforms where users can perform trading transactions and earn or lose money off bitcoin price predictions. Exchanges like bitcoin.com.au are a great place to purchase Bitcoin.

Blockchain is a digitally decentralized network of ledgers. While it has been around since the 90s, it was recently made popular by the development of cryptocurrencies. While Bitcoin was the first cryptocurrency built on the Blockchain, there are now other digital currencies on the blockchain with their own distributed ledger and decentralized system.

But that's not all. Using blockchain technology, businesses can transfer information from one network or computer to another without compromising security and depending on a third party. Blockchain helps to securely execute smart contracts, transact between multiple parties, share important information, and pool resources without risking third-party interference.

Furthermore, integrating blockchain can help businesses to execute smart contracts and automatically send payments at the set time. In other words, it enables you to maintain a transparent payment system, record, supply chain audit, or proof of insurance.

Why's Blockchain so difficult to understand?

A reason why people often interchange Blockchain with Bitcoin is that Blockchain can be hard to understand. So they stick with the more straightforward option of apportioning a blanket name, Bitcoin. What makes it so hard to understand is the different concepts that make up the blockchain: nodes, blocks, and miners.

Nodes are computers running the Blockchain software to validate and store the network's transaction history. In addition, nodes maintain the security integrity of the Blockchain by ensuring that no one organization or individual can own the blockchain, preventing attacks or a breach of privacy.

Miners create multiple blocks in a chain through mining, a complicated, herculean task requiring a neighborhood's intricate composition. They also ensure that new bitcoins are created while solving computational problems.

Each chain comprises Blocks, which are central to blockchain technology. They contain all the necessary information about a transaction. In fact, each block has a unique nonce and hash and is stored not only linearly; but chronologically, always at the end of the blockchain. Also, as the chain increases, it is tough to reverse or disrupt the chain.

When you're a newbie to the cryptocurrency world, it's not surprising if you mix up Blockchain and Bitcoin. However, there are notable differences between these two tech terms based on their uses.

What it is: Blockchain is a distributed database or ledger, while Bitcoin is a cryptocurrency built on the Blockchain.

Versatility: Aside from cryptocurrencies, blockchain can be adapted for more extensive business uses. On the other hand, Bitcoin is only used as a digital currency.

Anonymity: Blockchain maintains transparency, but all transactions are anonymous with Bitcoin.

Uses: Blockchain can be used for digital assets, transferring rights, and proprietary information. It can also execute smart contracts securely. On the other hand, people can use Bitcoin to pay for services that accept the currency and to trade with the currency on trading platforms using Bitcoin price predictions.

The major difference between both is that Blockchain is the decentralized system where Bitcoin and other cryptocurrencies are hosted. Therefore, understanding each concept and its unique uses is tantamount to succeeding at whatever you do within the blockchain sphere.


Published: 08/17/2022
How Does a Cryptocurrency Calculator Work? Haru Invest Review
The Difference Between Bitcoin and Blockchain for Business