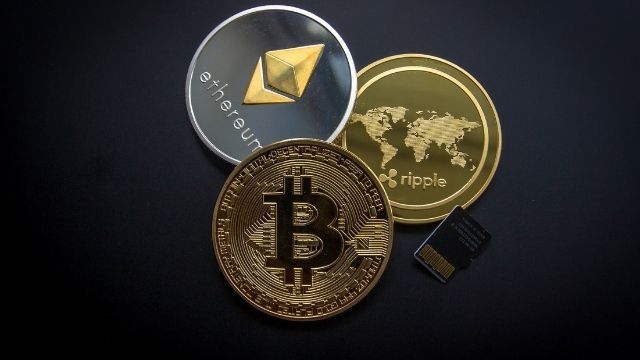 If you're into cryptocurrencies, you may have already heard about Proof of Work and Proof of Stake. But what is the difference between these two, and which one is better?

In general, Proof of Work (PoW) and Proof of Stake (PoS) are two methods through which blockchain technology works for miners. In essence, the PoS works as an alternative to the PoW to tackle the latter’s inherent issues. But is it a better alternative

In this article, we'll cover both the Proof of Work and Proof of Stake basics. This way, you'll have a better grasp and see how it will affect you, especially if you want to mine cryptocurrency.

Proof of Work vs. Proof of Stake - Basics

If you want to know the difference between the two, you first need to understand each one independently.

In general, Proof of work (PoW) is simply a decentralized consensus mechanism. It requires members of a network to solve an arbitrary mathematical puzzle.

This way, they can prevent anybody from gaming the system. Proof of Work is famous in cryptocurrency mining. With it, they can validate transactions without any trusted third party to verify.

The downside is that it requires enormous amounts of energy, with miners needing to sell their coins to foot the bill ultimately.

It's for this reason that Proof of Stake got created. In this one, a person can mine or confirm block transactions according to the number of coins they hold.

Thus, the more bitcoin or altcoin owned by a miner, the more mining power he or she has.

Is Proof of Stake Better Than Proof of Work?

Now, the question lies on which is better. Since the Proof of Stake supposedly be an alternative, is it better?

Since it's the Ethereum 2.0 that plans to use this system, their primary goal is to decentralize and speed up the network's processes.

The thing is that while Proof of Work is secure and safe, it's not exactly quick and efficient.

On the other hand, the PoS aims to have all transactions, processes, and work become more secure, efficient, and faster.

Moreover, a miner on the PoS wouldn't need the tools and hardware as a typical miner would need.

Such validations are achievable with a consumer-grade computer or laptop.

Now, let's understand the reason why PoS is better than PoW.

Why Is Proof of Stake Better Than Proof of Work?

Proof of Stake tries to solve many issues that Proof of Work has. In such a way, it becomes a better alternative. Below are the following solutions it offers as a better option than Proof of Work.

As I said earlier, the Proof of Work needs powerful hardware devices to win the mining reward.

With such a system, many centralized organizations started purchasing powerful hardware for mining. Thus, an average person won't have the chance.

With this in mind, the PoS prevents groups of people from joining forces to dominate the network. Instead, those who contribute to the network by freezing their coins get rewarded for their invested amount.

Another downside of Proof of Work is that it uses large amounts of electricity. The reason is that the cryptographic sum that miners solve is quite tricky.

Aside from harming the environment, it also slows down the process of cryptocurrencies.

As an answer, Proof of STake offers simple sums to solve, making its cost way cheaper.

Disadvantages of Proof of Stake

Now, while Proof of Stake offers an array of benefits, it also has some downsides. These downsides are:

Only for the rich

While the Proof of Stake doesn't need powerful hardware, it does need some staking. Such a requirement would be a good thing for big investors.

However, for people who can't afford the minimum stake, it's not going to be the same. In short, it will only make the rich richer.

Still, if you think about it, it's also the same with the PoW, since only rich people can buy powerful hardware.

The PoW doesn't allow verifications on multiple chains, and while the PoS does, it may be an opportunity for a hacker to make a double-spend attack.

Is Proof of Stake the Future?

With all its benefits, Proof of Stake might just be a better alternative to the future.

The first reason would be its contribution to saving more hardware and electricity.

Another is that it would be a quicker and faster solution for future transactions.

The only thing is that it needs quite a bit of improvement to answer the disadvantages it brings.

As of the moment, it's still a debatable idea that divides many people, especially the miners and everyone involved in blockchain technology.

Proof of Stake aims to be a great solution to Proof of Work’s downsides in a nutshell. With the amount of electricity, hardware, and centralization of mining pools, the PoS offers a better solution.

Still, it remains the fact that the PoS still has a long way to go, and it needs some time to improve and answer the downsides it also brings.

With all this being said, I think we can all agree that Proof of Stake brings great potential.