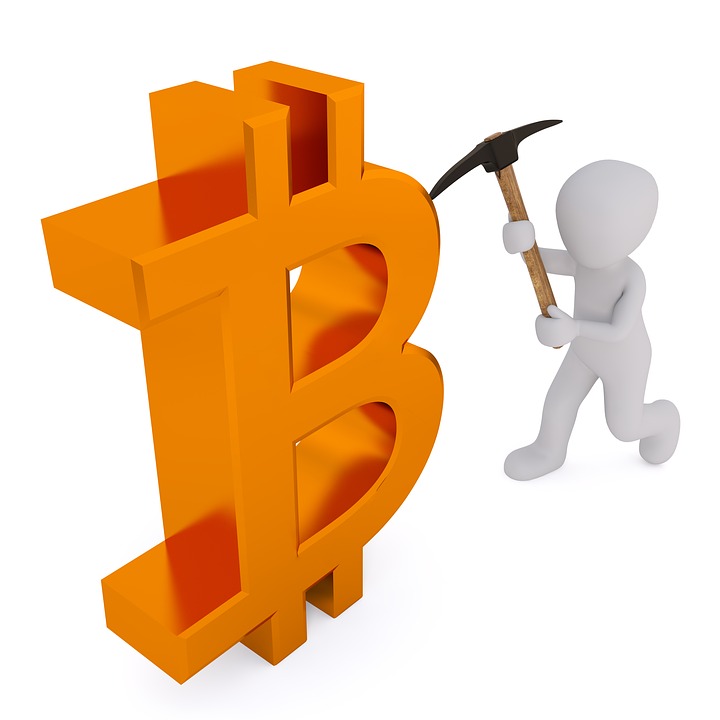 As bitcoin approaches its finite supply of 21 million, the coins have become increasingly difficult to mine; it is akin to mining Gold.  Over the years, this mining difficulty has skyrocketed, sometimes growing by 60-80%; according to this source, the difficulty has changed by 40% in the last 90 days, as of late September 2018. With the rising difficulty, which can be attributed to increased hashing power in the network, perhaps you are wondering how long it would take to mine a single bitcoin.  Well, the time it would take is not clear or constant – mining one bitcoin can take months, years or a lifetime.

It all depends on one underlying parameter – the mining difficulty. The mining difficulty is escalating because the network’s hash-rate or hash power is ascending as well. Not necessarily because many people are moving into the mining scene; rather, it depicts the entry of more specialized mining equipment (ASICs) in the bitcoin ecosystem

A little about bitcoin mining

In bitcoin mining, miners compete against one another to validate blocks and add

them to the existing data structure (the blockchain). Mining involves solving a cryptographic puzzle, a process that requires miners to deploy massive computing resources to crack this computational puzzle.  Specifically, miners have to perform numerous computational calculations to find a hash function that meets a specified target value.  This is what is known as proof-of-work because it requires immense computational power.

As the network’s hashing power grows, the computational puzzle becomes substantially difficulty for miners to solve. Moreover, the miners who deploy more computing resources, (i.e. hash power), have a higher chance of winning the block validation race, which on average, the Bitcoin protocol limits to around 10 minutes regardless of the network’s difficulty level. This means, in every 600 seconds, a miner solves the computational puzzle; in return, the Bitcoin protocol rewards that specific party with 12.5 bitcoins.

Why mining a single bitcoin can take an eternity

To increase their chances of validating a block, at this point, miners have to rely on this specialized mining hardware that performs speedy calculations per second. This means as more ASIC hardware becomes available on the market or as more mining farms are set up, the network’s hashing power shoots up, heightening the difficulty level.

Ultimately, the time it would take to mine a single bitcoin would depend on the quantity of hash power you will contribute to the bitcoin network in relative to the total hashing power being deployed by other miners.

Even if you invest in several ASIC miners, it can take years

Assume you invest in an ASIC hardware that cloaks up to 24 TH/s, like the GMO miner B2.  If you were to have three of these miners, you would mine about 0.0011 BTC per day; in one year’s time, you would have 0.4031 BTC.  At that rate, it would take you about two and half years to earn up to one bitcoin, assuming you have a cheap electricity source and the difficulty level rises steadily. 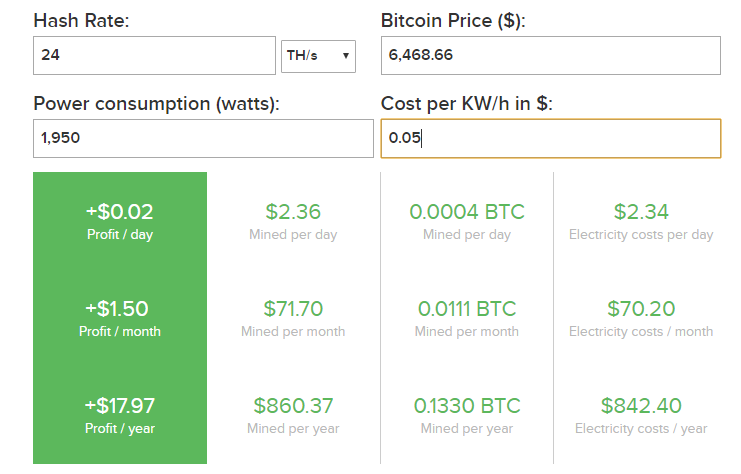 Amount of BTC you would earn with one ASIC miner (at 24 TH/s).

In reality, your chances of finding a valid block, as a solo miner, are limited; you will probably spend a fortune while generating minimal or zero profits. To improve your chances, your best shot is to join a mining pool – you would contribute hash power to the pool and split the block reward based on the shares you have earned in that pool. Still, the time it would take you to mine a single bitcoin will depend on the pool you pick, and the total hashing power you would contribute to that specific pool’s network.

Read our article on algorithms used by different cryptocurrencies on this link.


Published: 10/20/2018
Announcing a New Price for the Original Trezor One: Get it Today for only EUR 69 How to convert bitcoin to USD?
How Long Does it Take To Mine A Bitcoin?